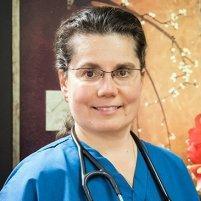 When you decide it’s time to have a baby, there’s nothing more heartbreaking than discovering you can’t get pregnant. This is an agonizing and stressful time for couples, and it’s one you may be able to prevent if you anticipate risk factors like age, and consider getting infertility counseling from Dr. Mirela Cernaianu at Hera Healthcare. Contact her office in the Westlake Village area of Thousand Oaks, California, or schedule an appointment online for infertility screening.

What is the definition of infertility?

Why is age so important for getting pregnant?

While there are many possible causes of infertility, such as endometriosis, hormone imbalances, and diminished ovarian reserve, to name a few, age is the biggest risk factor. Fertility peaks between the ages of 20-30 for women.

The ability to get pregnant starts to decline after 30. In fact, women are half as fertile in their 30s as they were in their 20s. Then fertility significantly drops after the age of 35. By the time you reach 40, your chance of conceiving gets lower with every passing month.

How does ovarian reserve predict your ability to get pregnant?

When women are born, their ovaries contain a specific number of immature egg follicles. Every month a follicle matures into an egg, which is released into the fallopian tube. But you lose a lot more than one egg each month.

Follicles (eggs) die naturally over time. Additionally, multiple follicles may try to mature every month but fail and die. As a result, the one to two million eggs women have at birth, drops to 300,000-500,000 by the time they reach puberty.

Several types of ovarian reserve tests are available that estimate the number of eggs and their quality. The results of these tests indicate whether you’ll be able to have children. The tests are also used to determine whether your eggs are viable enough for in vitro fertilization.

What is the role of polycystic ovary syndrome in infertility?

Polycystic ovary syndrome (PCOS) refers to a group of symptoms caused by a hormonal imbalance. PCOS is one of the most common causes of infertility because it stops the ovaries from releasing eggs.

Women with PCOS have symptoms such as: